Posted on October 8, 2010 by Alison Reynolds 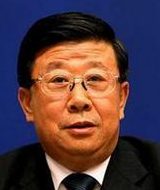 Pronunciation:
Born: 1953, Laixi, Shandong Province
Education: Unknown. Started his career as a Primary School Teacher in 1973 before joining the Communist Party in 1975
Career: His early career was in Shandong Province, rising to Vice Governor 2001 – 2006. Subsequently served in Jiangsu and became Party Secretary of Guizhou in 2012 (relinquishing the post of Governor to Xi protégé Chen Min’er). In 2015 he was moved to Heibei Province as Party Secretary.
Prospects: Member of 19th CCP Central Committee and made a State Councilor in March 2018.
Relevance to Tibet: Oversees the security apparatus that controls Tibet. May join the Tibet Work Leading Group? Was among the deputies “representing” Tibet at the National People’s Congress in 2018 and participated in their session.