Posted on September 11, 2010 by Alison Reynolds

Party Secretary and Governor of Qinghai, which includes large areas of Tibet. Likely to be part of the future Tibet Work Leading group 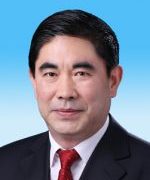 Pronunciation:
Born: 1958 in Yunxian County, Hubei Province.
Education: Studied Chinese Literature at Qinghai Normal University and holds a graduate degree from the Central Party School.
Career: Has worked in Qinghai for more than 20 years, including Party positions in the provincial Organisation Department, the General Office, the capital Xining, and Deputy Secretary 2010 – 2016. Has served as Governor since 2017, and – from March 2018 – concurrently as Party Secretary.
Prospects: Full member of the 19th Central Committee. Long-term prospects unclear.
Relevance to Tibet: Party Secretary of Qinghai, which includes large areas of Tibet.

This is a “mini” profile which will be added to in the coming weeks. Member of 18th Central Committee. His promotion, according to Xinhua, was “based on an assessment of the overall position, the need of work and the actual situation of the province’s leadership buildup.”