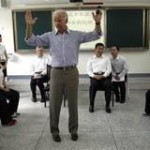 Xi Jinping: China’s Conservative Strongman-in-Waiting:
Willy Lam’s analysis of Xi, based on his behaviour during meetings with US Vice President Joe Biden, August 2011.
Read in Full 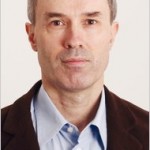 New York Times talks to Richard McGregor, author of “The Party”
(discusses Xi Jinping and the future of the CCP).
Read in Full 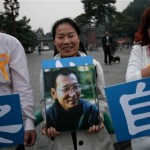 Will the Nobel tilt the fragile balance in China?:
Though the Communist Party does not have to worry about general elections and votebanks, its 18th Congress, to be held in October 2012, will see General Secretary Hu Jintao and most of his colleagues in the Standing Committee of the Politburo (PBSC) bidding goodbye to politics.
Read in Full 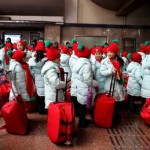 The China syndrome: Year of the rabbit
Jonathan Fenby, author of The Penguin History of Modern China, assesses the world’s second-biggest economic power – and charts the risks ahead.
Read in Full 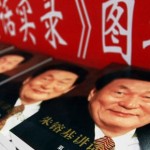 Not Fade Away: A growing number of former leaders are speaking out
The Economist. As Zhu Rongji publishes a collection of speeches, Cheng Li predicts that “old-man politics” could well increase.
Read in Full 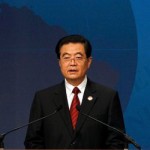 ‘True Democracy’ Within China’s Politburo?
Can one find democracy in China? According to a US source in Beijing, the country’s Politburo is more interested in consensus than decrees — on all issues except for Tibet. But, US diplomats allege, most of the country’s top functionaries maintain close ties with various industries.
Read in Full

Too Many Cooks Spoil Foreign Policy Stew
by Francesco Sisci, Asia Times. “…among the nine members of the politburo standing committee, all nine have a voice and a particular stake in foreign policy. Zhou Yongkang, in charge of security, is fundamental in it. Li Changchun is in charge of propaganda, so has a say in China’s foreign policy. Li Keqiang, sitting over finance and industry, can’t ignore foreign affairs. Xi Jinping, vice chairman of the PLA commission, has a hand in it, too, as does Jia Qinglin, ultimately responsible for religion and Taiwan. Wen Jiabao, presiding over the whole economy, is also an important part of the game. When everybody else is involved how can He Guoqiang, chief of party discipline, and Wu Bangguo, head of the parliament, not utter their opinions?”
Read in Full

Wen Jiabao: the Verdict of History
China’s elite is preparing for the succession of power in 2012. But there is still time for the current generation to shape its legacy. In particular, says Li Datong, prime minister Wen Jiabao is an increasingly bold and outspoken figure in China’s political establishment. By Li Datong for openDemocracy
Read in Full 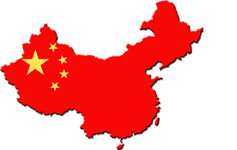