A fox to mind the geese: Meng Hongwei’s election as Head of INTERPOL 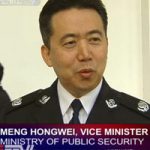 Legal experts and human rights campaigners have expressed serious concern that the election of Meng Hongwei, China’s Vice-Minister for Public Security, as Head of INTERPOL fundamentally undermines the neutrality of the international law enforcement organisation. Viewed in the context of China’s state-sponsored crackdown on human rights at home, this appointment heightens the vulnerability of Chinese dissidents, Tibetans, Uyghurs and Southern Mongolians living in exile, many of whom face ‘Red Notice status’, which can be a catalyst for forced deportation to the State of their origin. [1]

INTERPOL statutes specify the organisation is tasked to “prevent and fight crime” from a position of neutrality, “with respect for the Universal Declaration of Human Rights” combined with “cooperation with international courts”. In 2008, in two landmark lawsuits on Tibet lodged by the Comité de Apoyo al Tíbet (CAT) [2] in the Spanish Courts, former Public Security Minister Meng Jianzhu was accused, along with a number of China’s Ministers and Communist Party Leaders, of “crimes against humanity”. [3]

Jose Elías Esteve Molto, Professor of International Law at the University of Valencia and author of the Tibet lawsuits commented: “How can INTERPOL fight international crime while respecting human rights when it is directed by a vice minister from the Chinese Ministry of Public Security, whose predecessor was accused of crimes against humanity? What guarantees of neutrality can be offered by a Beijing Government whose high level officials threatened democratic judges and an entire country if an order for international arrest warrants given to INTERPOL was made effective? This is the world turned upside down. Those who should be accountable for human rights violations are sitting on the board of an international body that safeguards global security and guarantees respect for human rights. Chinese diplomacy knows no limits and is achieving shameful successes on the international stage, while the rest of the world looks on impassively.”

Alison Reynolds of International Tibet Network [4] added: “Given China’s internationally criticized judicial systems – including the UN Committee on Torture’s 2015 findings of widespread abuses of torture and ill-treatment in detention, persistent prolonged pre-trial detention, and restrictions on access to lawyers and due process – placing someone with direct links to the Chinese government as the head of the global police agency is highly alarming.” [5]

On 18 November 2013 Spanish judges ordered international arrest warrants against former Chinese president Jiang Zemin and former prime minister Li Peng for various international crimes committed in Tibet. [6] Former President Hu Jintao was also indicted. China responded to these orders with diplomatic threats, pressuring the Spanish government to change its laws concerning “universal jurisdiction” and shut both lawsuits down. [7] In March 2014, after a second legal reform of universal justice in Spain, INTERPOL was unable to make the procedure regarding the international arrests of the former Chinese heads of state effective. On 11 July 2014 the case was closed and the Spanish high court judge Ismael Moreno rescinded the arrest warrants that INTERPOL had to put into effect.

Alan Cantos, Director of CAT, main plaintiffs in the Spanish cases, said: “What next ? Dictatorships repress people and abuse human rights which is not the spirit of INTERPOL. China already controls or interferes in our economy, banks, productivity, our national debts, our legal system, our principles, etc…Quite frankly, this INTERPOL appointment is like putting in a fox to mind the geese.”

In the fight against international crime, China has now become both judge and jury. And the defenders of human rights and their victims, who were the very people who galvanised INTERPOL into action regarding these abuses in the first place, have now become the targets of their global strategy to silence all protests against this emerging international supremacy. How long will this perversion of the values and principles that should regulate international order be allowed?

Notes:
[1] A Red Notice is a request to locate and provisionally arrest an individual pending extradition. It is issued by the General Secretariat at the request of a member country or an international tribunal based on a valid national arrest warrant – https://www.interpol.int/INTERPOL-expertise/Notices/Red-Notices. Of about 100 red notices issued by China in 2015, a third resulted in suspects being returned. Dolkun Isa, an ethnic Uighur dissident who fled to Germany in 1997, is accused of terrorism in China and has been pursued by Interpol red notices that have prevented him from travelling to a number of countries including India in 2016. In February 2008, China issued an Interpol request for a Tibetan man who had recently arrived in Nepal. He was arrested and deported to China without permitting him to contest his deportation before a competent authority.
[2] https://www.savetibet.org/portraits-of-lawyers-and-witnesses-in-spanish-tibet-cases/
[3] Now a member of the Politburo and Secretary of the Politics & Law Commission of the Chinese Communist Party, Meng Jianzhu was accused of crimes against humanity by the Spanish High Court in 2008.
[4] International Tibet Network is a global coalition of 180 Tibet-related campaign groups www.tibetnetwork.org
[5] UN Committee against Torture, Concluding observations on the 5th Periodic Report of China, February 2016: http://tbinternet.ohchr.org/_layouts/treatybodyexternal/Download.aspx?symbolno=CAT/C/CHN/CO/5&Lang=En
[6] https://www.savetibet.org/spanish-judge-orders-compliance-with-order-to-arrest-jiang-zemin-other-chinese-leaders
[7] A ‘death blow to democracy’: Spanish lawyers challenge new ruling that may close down Tibet lawsuits after Chinese pressure

A ‘death blow to democracy’: Spanish lawyers challenge new ruling that may close down Tibet lawsuits after Chinese pressure