Former State President and CCP General Secretary (retired 2012/13). May continue to have a say in Tibet Work. Imposed martial law when Party Secretary of the TAR in 1988.

Appointed to Politburo Standing Committee in 1992.

Headed Central Party School and became Vice President, thus has been at top levels of China’s leadership from 1992 to 2012/13.

Hu did not succeed Jiang Zemin as Chairman of the Central Military Commissions until 2004/5, after generals expressed concern for Jiang’s attempts to cling to power. A Reuters report on 31 August 2012 correctly predicted that Hu planned a clean handover to Xi Jinping of the party leadership, the presidency and the chair of the central military commission over the period end 2012/early 2013, to avoid a repeat of what happened in the transition of power from Jiang Zemin. Reuters further reported that Hu had been (unsuccessfully as it transpires) negotiating to promote Li Keqiang to be a vice Chairman of the central military commission, in order that he might retain influence after stepping aside.

One of Hu’s assignments in the Politburo Standing Committee was ethnic and minority affairs (according to Willy Lam). Known both for his ability to bring about compromise and his ability to keep his own views hidden.

A US Embassy Cable, dated April 2008 gave the following details about Hu and Tibet policy. “Summary: President Hu Jintao remains firmly in charge of China’s policy on Tibet, with the leadership unified over Beijing’s current hard-line stance and buoyed by rising PRC nationalist sentiment [xxxx]. Given Hu’s background and experience in Tibet, as well as the ‘extremely sensitive’ nature of the issue, no one would ‘dare’ challenge Hu or the Party line, contacts say. While there may be differences in how various leaders publicly articulate China’s Tibet policy, there are no substantive differences among the top leadership. Similarly, Embassy sources do not believe that two recent articles in Party-controlled southern newspapers signaled leadership debate or a review of policy, instead arguing the pieces perhaps reflect an adjustment in the Party’s media strategy. The Party has been buoyed by rising nationalist sentiment, fueled in part by anger at the West over ‘biased’ media reporting on Tibet and Olympic-related protests, but this nationalistic fervor also constrains future policy choices. Regardless, any modification of Tibet policy is unlikely in the short term, at least until after the Olympics, contacts say. End Summary.” 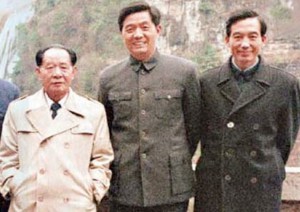 At each Chinese new year, Hu Jintao travels…. to the dusty, un-renovated courtyard house of his deceased mentor, Hu Yaobang. “Hu Jintao sits here. I sit there next to mum,” says Hu Yaobang’s second son, Hu Dehua, gesturing to a line of chairs below a huge portrait of his diminutive father, dangling a cigarette. At first glance the current and former Communist Party chiefs have little in common beyond the coincidence of their family names and career paths. Hu Jintao comes across as every bit as stiff, impenetrable and conservative as Hu Yaobang was irrepressible, engaging and unapologetically liberal. (John Garnaut, Sydney Morning Herald, 29 May 2010).