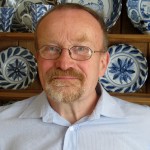 On Tuesday May 8th, BBC2 UK broadcast a documentary featuring Liverpool businessman Tony Caldeira. Having started his work-life on the family market stall aged 15, he has built up a thriving business manufacturing cushions, with two factories on Merseyside and one in Hangzhou, just south of Shanghai, China.

When Mr. Caldeira first outsourced his business to China in 2004, Chinese labour costs were extremely low, averaging $US30c per hour. Many of his labour force, typical of the period, were from poor peasant backgrounds, who had travelled thousands of miles for the chance of almost any remunerative employment. They expected to work long hours, and to have only one holiday per year, at Chinese New Year, when they could return home to visit their husbands or wives, children and parents.

Eight years ago Mr. Caldeira employed 200 people in his Hangzhou plant, but has since cut his work force to 50. In the last eight years, basic pay semi-skilled work has risen from $US.30c per hour to $US 1.60 per hour. Mr.Caldeira explained that as a result of higher housing costs and severe inflation in China, workers are demanding much higher wages. One example shown was of a young woman, Xiao Qi who walked into his office and demanded a 50% pay rise, having refused Caldeira’s offer of 30%. He said that if a worker marched into his office in Kirkby demanding a 25% pay rise, they’d be on the next bus out. China is no longer the world’s cheapest workshop.

Caldeira found that although the National Minimum Wage in the UK is six times what he pays in China, UK productivity is better and the quality of the Kirkby cushions allows him to access a higher-end market. He said that China may initially be cheaper, but the workforce there have a shorter attention span, and lack the skills to make the better quality goods.  Furthermore, his US clientele prefer to buy from the UK than from China.

The BBC2 programme showed Caldeira looking for work recruits in Hangzhou, and having to up his initial  pay offer in order to attract employees. This time two years ago, workers at Honda’s south China plant started a trend when they went on strike for more pay. The best efforts of the All China Federation of Trade Unions failed to suppress similar outbreaks at Foxconn. When the Fifa World Cup was taking place in South Africa that year, 2010, eight thousand Chinese workers who hand-made the footballs went on strike when they discovered that each football was selling for the equivalent of their wages for two weeks work.

As Caldeira’s experience in Hangzhou shows, the Chinese workforce has become much more discriminating, and much less desperate in recent years. The BBC documentary showed a group of prospective employees inspecting Caldeira’s factory to see if it would suit them to work there. In the UK Caldeira has to contend with a minimum wage of 5.80 GBP, besides training his new staff to a high degree of machining skills. He took in seventeen trainees from Kirkby’s vast pool of unemployed. Within a few weeks, five had left either for better paid work elsewhere, or because living on benefit was preferable to working the hours expected by Caldeira.

In China however, since the demise of the Mao’s “iron rice bowl”, workers have no guarantees, no National Insurance, no health insurance, and no genuinely free trade unions. Faced with galloping inflation, they have to haggle for a workable wage, if at all possible.

Despite these trends, BBC Business News for May 1st shows Chinese manufacturing activity expanding for the fifth month in a row. The PMI (Purchasing Managers Index*) rose from 53.1% to 53.3% from March to April. A PMI of over 50% is reckoned to be a reliable guide to expanding manufacture. In recent months Chinese banks have eased credit terms to encourage spending and offset soaring inflation. But although house prices and living costs have soared, there is no sign of a market collapse or of the feared “hard landing” according to IHS Global’s Ren Xianfeng. Merrill-Lynch expect China’s economy to continue expanding, more slowly than in past years, but more steadily, from 8.1% to 8.5% in the second quarter.

For the Chinese leadership, stability depends above all on continuing eceonomic growth, a contented workforce, high levels of employment, and wages that keep pace with inflation. By all accounts, and Tony Caldeira’s experience in Hangzhou offers an interesting insight, Chinese workers have, of necessity, much higher expectations and demands, than even a few years ago. As China rapidly approaches the handover of power to the next generation of leadership this autumn (or, if deferred, this winter), balancing economic performance against worker expectations while maintaining political stability will be a delicate balancing act.

The second and final part of the BBC2’s “The Town Taking on China” will be shown on Tuesday, May 15th at 9.00pm.

*The PMI is a composite index of five “sub-indicators”, which are extracted through surveys to  purchasing managers from around a country, chosen for their geographic and industry diversification benefits. The five sub-indexes are given a weighting, as follows:

•    Production level (.25)
•    New orders (from customers) (.30)
•    Supplier deliveries – (are they coming faster or slower?) (.15)
•    Inventories (.10)
•    Employment level (.20)
The magic number for the PMI is 50. A reading of 50 or higher generally indicates that the industry is expanding. If manufacturing is expanding, the general economy should be doing likewise. As such, it is considered a good indicator of future GDP levels. Many economists will adjust their GDP estimates after reading the PMI report.

This footnote from : http://www.investopedia.com/