China Challenged by Tibetans: Lead Up To 1959 Uprising Anniversary

China Challenged by Tibetans: Lead Up To 1959 Uprising Anniversary 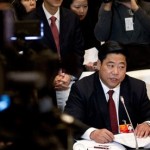 China’s propaganda sunk to a new low today when officials from Sichuan Province, giving a briefing to the international media that inevitably focused on the unprecedented series of self-immolations in what Tibetans regard as eastern Tibet, maligned those who had taken their lives as well as His Holiness the Dalai Lama.

Wu Zegang, the mayor of Ngaba Town led the assault, labelling the self-immolators outcasts. “All of them had criminal records or had bad public reputations” Wu said. “They were not recognised by society and felt desperate, so they chose suicide to leave the World.” 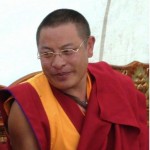 Tenzin Dorjee, Executive Director of Students for a Free Tibet, made a moving statement earlier this year on the release of the testimony of Lama Sopa (pictured left)- a revered religious teacher who self-immolated and died on 8 January – which crushes these outrageous claims: “Contrary to Chinese government claims, Tibetans who have set themselves on fire in protest were exemplary community members and even widely respected Tibetan leaders who displayed courage and integrity in their final acts of defiance – qualities of character far beyond the reach of the Chinese bureaucrats and officials who attempt to demonize them from Beijing,” he said.

[Wu did at least acknowledge the aspirations of the Tibetans who have self-immolated saying.. “they’ve shouted out separatist slogans such as ‘free Tibet’ before taking these actions.”]

China is running true to form in failing to acknowledge any responsibility for what is happening in eastern Tibet. It is far easier to blame the Dalai Lama and the Tibet support movement than to admit that it is China’s failed policies, human rights abuses and continued crackdown in Tibet that have provoked this wave of self-immolations.

Another Sichuan official, Li Changping today found himself on the receiving end of questions from journalists about why neither they, nor diplomats, were permitted to visit the affected areas: Stephen McDonell of ABC in Australia reported this edifying exchange: “Well they probably can all go to these regions,” said Li. “But we can’t go in,” I say. He replies, “that’s only in certain areas, for everyone’s safety.”

Whose safety? It’s no exaggeration to say these Tibetans are challenging the Chinese Communist Party itself.