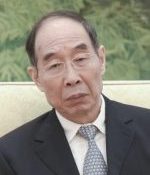 Pronunciation: Yo Chwan
Born: 1954, Beijing
Education: A Master’s in Economic Planning
Career: Had risen to Party Secretary of Fujian Province in 2012, a position he held until 2017, during which time he acquired experience in Hong Kong and Macau matters. He was the first Party Secretary of Fujian to visit Taiwan and has worked to strengthen economic ties with Taiwan.
Prospects: His last two positions have followed in the footsteps of Sun Chunlan. Unclear if this is a promotion.
Relevance to Tibet: Responsible for day-to-day Tibet policy. A potential interlocutor for Tibetan exile leaders.

You Quan spent 20 years working in the State Council. Was briefly Chairman of the State Electricity Regulatory Commission (Dec 2006 – April 2008) before returning to the State Council in a Minister-level post, working for Councillor Ma Kai, prior to becoming Party Secretary of Fujian Province. He replaced Sun Chunlan in that role, as he has also done in becoming head of UFWD.

The United Front Work Department is a Party body rather than a State organ, with a prominent role, albeit carried out in relative obscurity. It is divided into nine Bureaus, two of which have been created by Xi Jinping since 2012.

Bureau 6: Independent and Non Party Intellectuals (Those outside the CCP)

In September 2014, in a speech celebrating the CPPCC’s 65th birthday Xi Jinping referred to united front work as a ‘magic weapon’ for the ‘Chinese people’s great rejuvenation’, one to be used by the CCP to seize victory, construction, and reform.